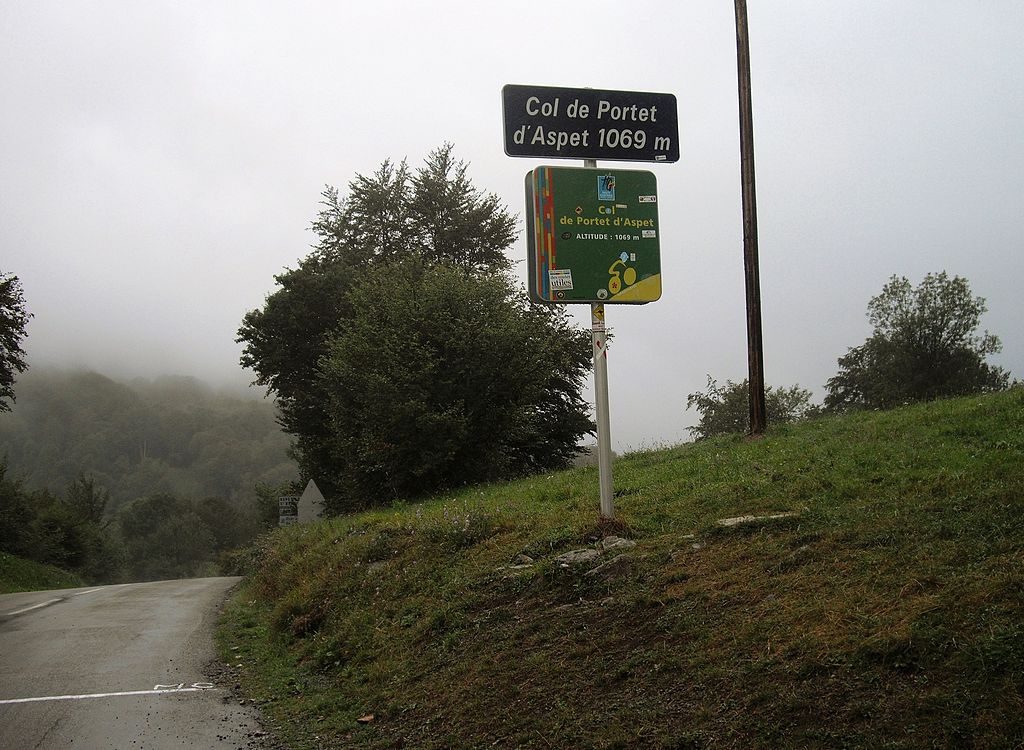 This ride route takes you over two famous climbs from the Tour de France – the Col de Menté and the Col de Portet d’Aspet You will feel like a grand tour rider taking on this challenging route but you didn’t come to the Pyrenees to ride the flatlands!

The climb of the Col de Menté begins just after the small hamlet of Saint-Béat. This is the steeper approach to the climb and there are some extremely hard gradients right from the outset. You will need to measure your effort as the harsher gradients are encountered from the outset and there is no real respite until you are two thirds of the way through the climb. It was on this side of the climb which Tour de France rider Louis Ocaña came undone – whilst descending the mountain during the 1971 edition of the race. The weather conditions were abysmal but the race was on between Ocaña and Eddy Merckx. The former would crash out of the race whilst the latter went on to take the overall victory.

First appearing in the 1910 edition of the Tour de France, the Col de Portet d’Aspet has been a regular inclusion ever since appearing over 30 times. Indeed, it will also be climbed in the 2020 edition. This route will take you over the approach from Pont de l’Oule At just under 10kms in length with an average gradient of 5.6% this will certainly test your climbing legs. Unfortunately the climb of the Portet d’Aspet is best known as the scene of the crash which took the life of Fabio Casartelli. There is a memorial to the fallen rider on the side of the road to which you can pay your respects.

With two climbs in your legs you will perhaps be heartened to know this is the final climb of the day. You will be on the more scenic approach of the Col de Menté so let the views and the swtichbacks take your mind off the climbing. The gradients on this side of the climb are also much friendlier than those you were greeted with on the other approach. There are some relatively flat sections which you can enjoy before getting back to the double digit pinches which are also on the climb.

Be sure to fill up your pockets with food at the start and leave with two bottles of water. If tackling this climb in Summer be aware the route can be quite hot and you will be happy to have as much water with you as you can carry. Resupply options are available at the Village of Saint-Béat.

The town of Saint-Béat on the banks of the Garrone river is at the base of the climb of the Col de Menté.

The monument to professional cyclist Fabio Casartelli who tragically lost his life on the Col de Portet d’Aspet.